When you hear of these so-called international dating apps, you might think: Okay, so like mail-order brides. And not unfairly. 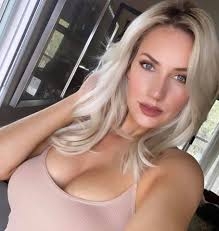 That was more or less my first impression. Being from Miami, where everyone is from anywhere but there, I like to think that I’m open to a transient lifestyle. In my 12-ish years as a sexually active gay man, I've slept with many, if not quite all, kinds of men, foreign and otherwise.

But, the apps bring happy stories, too: Viewers didn’t have a lot of hope for Paul Staehle and Karine Martins on 90 Day Fiancé: Before the 90 Days (they’re also currently featured on The Other Way). Especially once Staehle traveled to the Amazon of Martins’ native Brazil, where he proceeded to have what seemed like a nervous breakdown, leaving her to be mugged by a man with a machete, an episode that’s fortunately behind them.

“It’s actually for Latin dating, not international dating,” Paul, from Kentucky, contradicts (he and Karine met on the app while they were far apart in their own countries). “We also talked a little bit on [a social discovery and dating app] called Badoo. But MiCrush had a translator as a part of the app and we communicated a lot on there. I think we messaged back and forth for about a year, and decided to meet in person, so we did it on the show.”

The couple’s reasons for searching for love thousands of miles away, much less broadcasting their first physical interactions in front of millions, sound reasonable, if slightly farfetched. “I just wanted something different,” Karine says of what drew her to MiCrush. “I have always dated people from my city. All the relationships that I had were with jealous guys.” Though, she adds, “Paul is a jealous guy, too.”